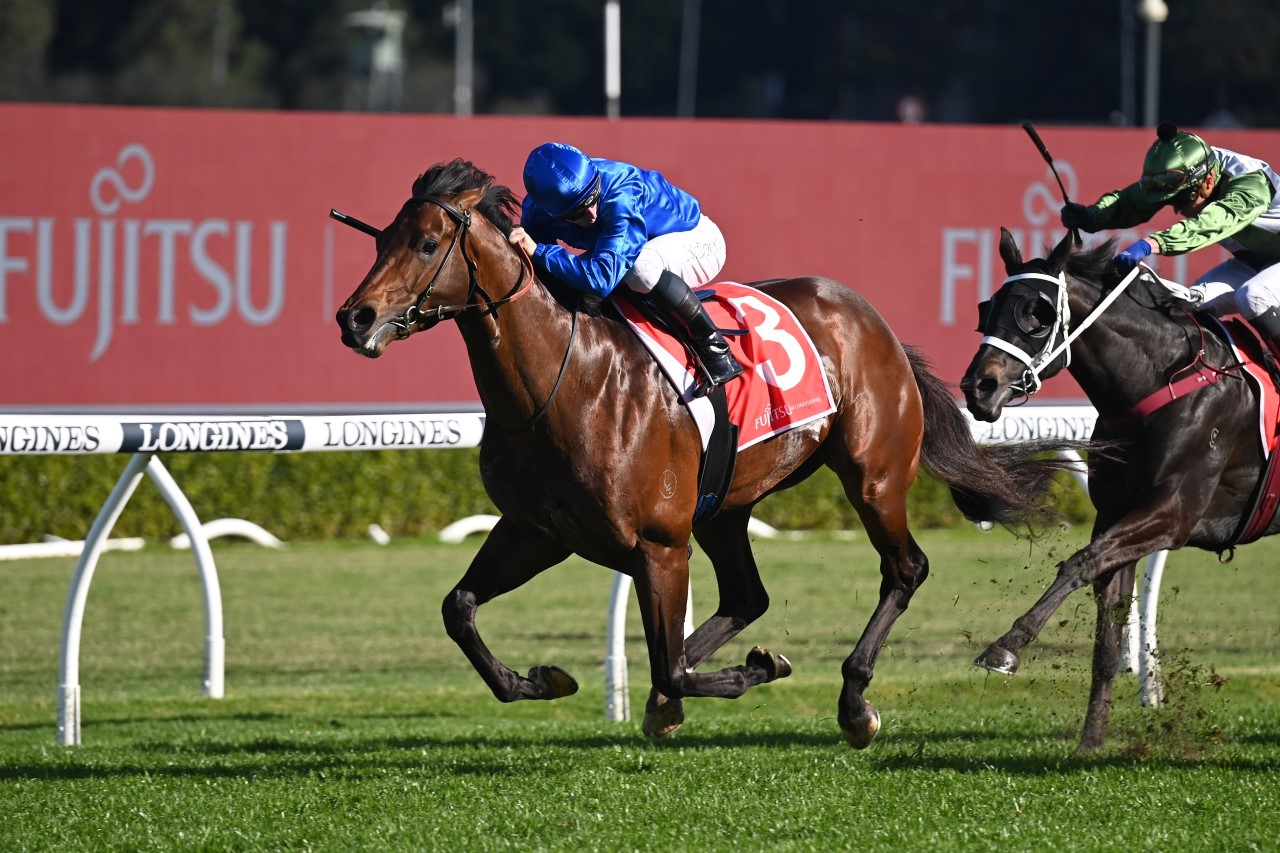 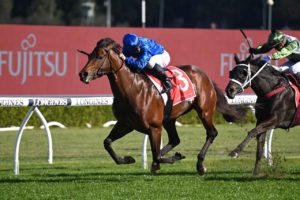 Fresh off his Group 1 Winx Stakes (1400m) triumph when kicking off his spring campaign, Anamoe and jockey James McDonald combined again to take out the George Main off an on-pace run throughout.

“He has come back in fine order,” McDonald told the media after the race.

“That’s a great effort from the team back home and he’s just a wonderful horse, to see him come back and win first-up and that (today) has underlined his whole preparation, to have gone ahead now and won second-up.

“It signalled his intent and the remainder of the campaign he can keep his eyes on the big targets ahead and he can let them all know he’s coming for them.”

McDonald took the horse up on speed to settle second behind the Chris Waller-trained mare Hinged who set the pace with the blinkers on looking to go all-the-way.

With 600m to go, McDonald moved up closer on the hot favourite as the likes of Icebath and Montefilia came wide winding their way into it.

Anamoe hit the lead with 250m left to travel and was dominant over the final furlong.

Bolting home and toying with his rivals the closing stages, the Street Boss entire proved his class yet again ahead of the spring majors.

“We had a discussion before the race that I was quite pleased if he lets the horse begin well, James McDonald makes the decision from there and I’ll back him win, lose or draw.

“He allowed him to cruise up, the horse perhaps just idled a bit outside the lead but they looked to have gone pretty steadily early and they’ve really ramped it up coming home.”

In second was the Brad Widdup-trained mare Icebath for her fifth Group 1 placing, while Hinged was brave holding for third to round out the trifecta.

Another eye-catching run came from the David Payne-trained Montefilia who ran a terrific fourth fresh ahead of the Spring Cups in Melbourne.

Second in the race by a narrow margin last year, Anamoe will again target the Group 1 $5 million Ladbrokes Cox Plate (2040m) next month at The Valley.

“That’s going to be the perfect stepping stone for him and he’s been able to pick up two important weight-for-age Group 1s along the way and he keeps lifting his value and his profile and gets more and more attention on him which is very fitting for a wonderful horse,” Cummings added.

All-in 2022 Cox Plate markets at Ladbrokes.com.au have the stallion at $3.50 ahead of Zaaki.

“He’s a star. He’s so adaptable now. He’s a pleasure to ride and as soon as you hope on, he oozes confidence,” winning hoop McDonald said of Anamoe.

“You know where you’re going to be. He hops away and goes to sleep. He conserves energy like no other horse. He does enough to get past them and he’ll do enough to hold them at bay.

“Hopefully that’ll (Anamoe getting his own way in a race) be in the Cox Plate.

“I don’t know where he’s targeted. He’s obviously got options. The ($10 million) Golden Eagle and stuff like that so we’ll see where they’ll want to place him and I’m sure they’ll place him to the best of his ability and he’s got plenty of ability. It doesn’t matter where he goes.

“He’s just so economical and I think that’s the beauty of a top-class horse on display. You know you can do anything with them and they overcome hurdles.”

Zaaki was scratched from the George Main in favour of a run in Sunday week’s Group 1 $1 million Underwood Stakes (1800m) in Melbourne.