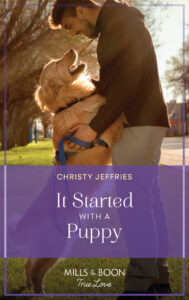 No one can win hearts quite like man’s best friend.

To celebrate National and International Dog Day, we’ve pulled together a list of some of the very best romance books for dog lovers. These are all inspiring uplifting and full of compassion – just like our canine friends!

We hope you enjoy reading x

It Started With a Puppy by Christy Jeffries

The matchmaker wore a collar…

Elise is committed to making her fundraiser a huge success. She’s even roped in her landlord and new boss, Harris for help. But spending so much time with Harris, especially around an adorable puppy named Pancake, is giving the usually shy Elise ideas she shouldn’t be having. Could a man like Harris really think twice about a woman more comfortable with flour on her face than lipstick? 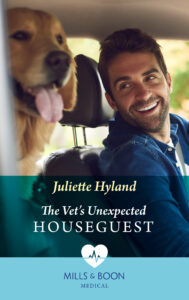 Widowed workaholic Kit has dedicated her life to her patients. She’s determined to be the best Vet in town and prove herself to those who’ve doubted her. Yet, when Dr August – a.k.a. her boss’s prodigal son – returns to help at the clinic, she’s faced with an unexpected and irresistible houseguest! August’s a distraction Kit doesn’t need. Although he’s certainly one she wants! Can Kit take a risk on a rebel? 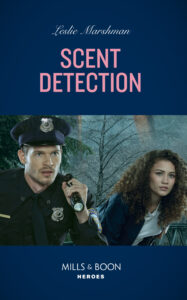 Will a stranger blow her cover or save her life?

Marie has spent five years in witness protection hiding from a ruthless foe. But then she and her dog save the life of a handsome stranger with amnesia and Marie’s horrified when he begins to remember her—as the woman she once was. But who is the elusive Jack? A caring, electrifying protector…or a killer sent to finish off Marie once and for all? 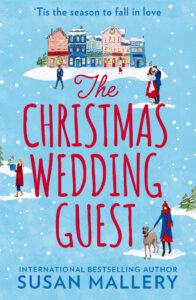 ‘Tis the season to fall in love

A year since she was dumped by her fiancé, the last thing Reggie Somerville wants is to come back home for Christmas. But when her parents announce their plans for a lavish Christmas wedding she has no choice. She packs for a winter break in her small, Christmas-obsessed hometown, knowing that with her great dane Belle in tow and her sister Dena in town things won’t be so bad.

She expects to face town gossip, she does not expect to run into her first love Toby, or deal with the feelings he stirs in her… 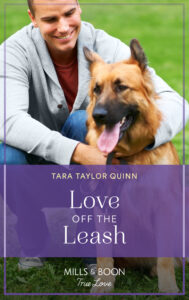 Love Off the Leash by Tara Taylor Quinn

As a malnourished rescue dog, I never dreamed Wendy Alvarez would pull me for her Pets for Vets program. Turns out I’m the perfect support animal for ex-vet Greg Martin. Though he insists he’s only my ‘foster,’ I’m gonna chase Greg’s nightmares away and give him the courage to fly his plane again. Plus get him to fall for that nice lady, Wendy. Those loners may be my trainers, but I’m playing their heartstrings. 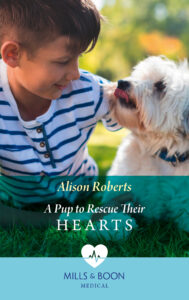 A Pup to Rescue Their Hearts by Alison Roberts

Could an unlikely bond be the answer to their dreams?

Nurse Stevie hates feeling out of her depth. But with a new job and a son who’s struggling to settle in, she needs help. She just didn’t expect it to come in the shape of her boss and one adorable dog! On paper, Josh is everything Stevie should avoid. But, beneath his charming exterior, is a heart also in need of rescuing… 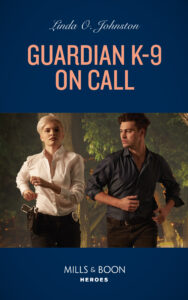 Protecting those in need with her K-9 by her side!

When a brutal homicide crosses her desk, K-9 officer Maisie is determined to find the culprit. Evidence points toward an unlikely suspect, veterinarian Kyle. Maisie suspects that someone is framing the compassionate doctor, and offers to help him find the real killer. Working together to prove his innocence puts them at risk—and makes the heat between them impossible to ignore… 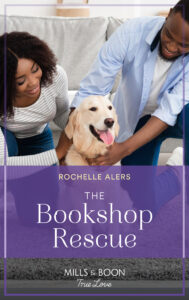 The Bookshop Rescue by Rochelle Alers

How to fetch a family

Bookshop owner Lucy never imagined how dramatically life would change once she started fostering Buttercup, a pregnant golden retriever. The biggest change? Growing closer to businessman next door, Calum. Especially after the two of them help Buttercup welcome her puppies into the world. One romantic night later, and they’re expecting a baby of their own! Will they have the happy ending they both deserve? 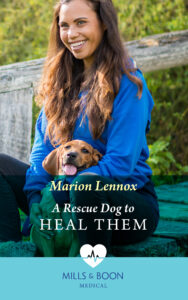 A Rescue Dog to Heal Them by Marion Lennox

Can one special dog help them become one happy family?

Kiara has dedicated her whole life to caring for animals in need. So, when the vet is tasked with finding the perfect pet for neurosurgeon Bryn and his orphaned niece, Kiara has just the rescue dog in mind… Border Collie Bunji has a story as powerful as little Alice’s, yet he brings hope back into this little family’s life. But what if Kiara does too? 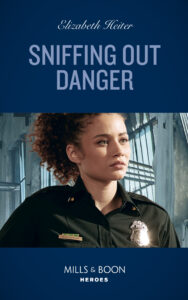 Sniffing Out Danger by Elizabeth Heiter

Her first big case could be her last.

When former big-city officer Ava Callan stumbles upon a bomb, she seizes the chance to prove herself. Not only to the small-town police department where she’s transitioning to become a K-9 handler… But especially to charming lead investigator Eli Thorne. The only thing more explosive than their chemistry? The danger menacing them at every turn…